I became interested in midwifery in 1976 when I had an experience that changed my life. I was pregnant with my second child and I was asked by neighbors to assist them with childcare during their daughter’s labor. They wanted to expose me to homebirth with the hopes
that I would decide to have my child at home as well. 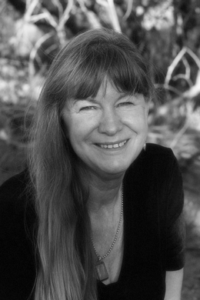 She had a very long labor and rather than providing childcare I ended up catching the baby. I was struck by the fact that she was incomplete and absolute control of her experience. She was fifteen years old and I observed as she empowered herself and took the first steps into motherhood. This was in direct contrast to my first birth when I had my child in the hospital.

I was changed that day and felt drawn to find a way for all parents to have access to that kind of experience. However, my own belief system led me to acquire training so that the client under my care would not only be empowered but also safe. Doors began to open for me, I discovered a midwife in a neighboring town and started my apprenticeship. I began my studies in 1978 and attended the Arizona School of Midwifery in Tucson. In 1981 I took the three-part exam, passed, and began my practice in Northern Arizona immediately. Since then I have had the tremendous honor of supporting many parents and their families in this incredible rite of passage.

I am a member of the Midwives Alliance of North America and the Arizona Association of Midwives. I have been a childbirth educator for many years and a La Leche League Leader. I have also served on the advisory committee to the Midwife Licensing Department and served two terms on my local School Board.

In my personal life my husband and I live in Skull Valley, Arizona. We have five grown children and 14 grandchildren. I also enjoy gardening and tribal belly dancing.

LET ME SUPPORT YOU